Since 2011, the PIN brooch exhibitions at ANCA Gallery embrace the concept of reducing scale and honing in on wearable miniatures in a vast variety of materials and approaches…

globe skirters: a tribute to the humble shearwater

directions for maps
After a summer on the beach spent photographing decaying carcasses of stranded seabirds, I started wondering about those creatures referred to as muttonbirds – frequently finding their death by the hundreds on Australia’s eastern shores. Respect grew with every fact I unearthed.
Shearwaters.
Enjoying borderless ecologies on epic journeys; blissfully ignorant of the fiercly protected international boundaries below.

Not long ago, I rediscovered my collection of salvaged paper maps – a bird’s perspective for human navigation. And since there has been paper, it has been folded to understand, create and celebrate. It seemed appropriate to make a tribute to those creatures passing Japan on their journey out of a coastal map following the japanese tradition of origami… 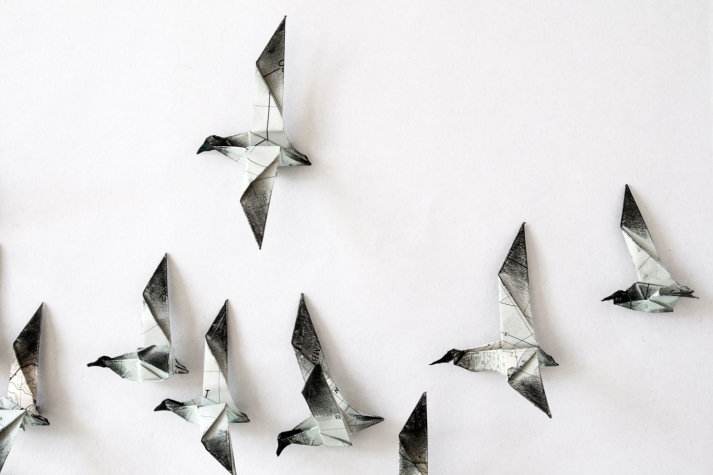 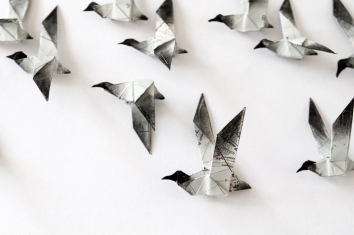 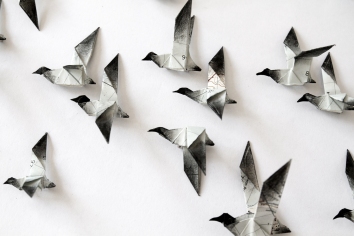 the chimes of the old guard series 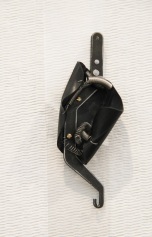 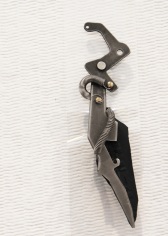 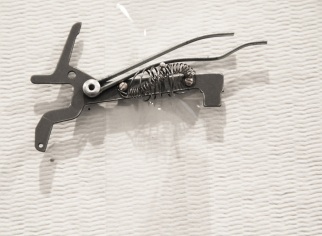 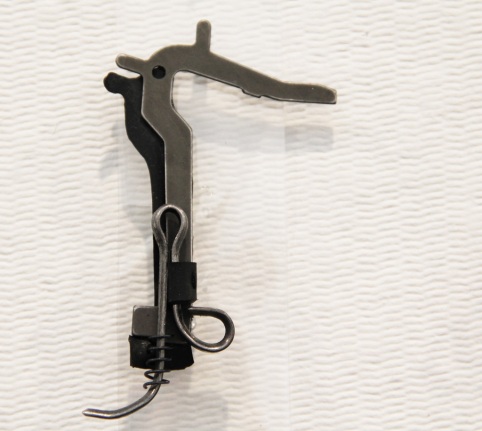